A fire on Ilkley Moor which started on Saturday, April  20th, has now been brought under control. 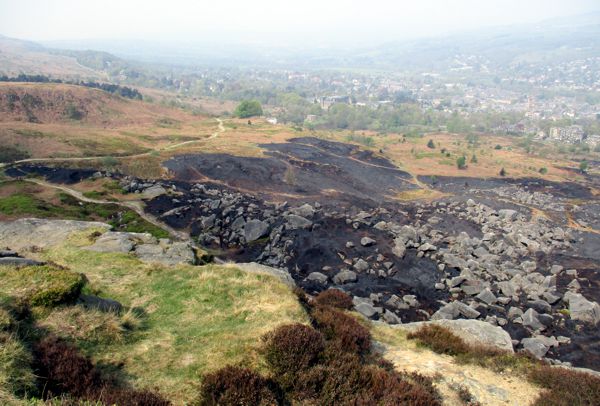 This afternoon fire fighters began winding down operations after several days damping down. With rain expected later today the moor is once again open to walkers.

Walkers taking the Dales Way Bradford Link route will find themselves descending from the moor into Ilkley alongside the devastated area, which covers some 25,000 square metres.

90 firefighters attended the fire, and one man has been charged with arson as a result.